WHY SHOULD I USE AGULOS BIOTECH PRODUCTS?

Although the cost of SimPL Serum is less than half the average commercial price of FBS by volume, it has the potential to be orders of magnitude cheaper given typical cell expansion periods for industrial and academic use. When grown in SimPL Serum supplemented media, cell types such as 3T3-L1 fibroblasts and others yield approximately double the number of cells when compared to FBS media in a 3-day period. If these cells are expanded in each condition for 30 days, the number of cells yielded from SimPL Serum supplemented media would be more than 1,000-fold greater than from FBS supplemented media. Lower cost per volume and faster growth rates make SimPL Serum a vastly superior alternative to FBS for expanding cells in vitro.

SimPL Serum has been designed to contain growth factor concentrations that allow it to match or exceed the growth rates of FBS supplemented media. Growth factors from platelet alpha-granules stimulate growth in a wide variety of mammalian cell types, allowing it to replace FBS as a ubiquitous supplement for growth medias used in cell culture and cell-based production systems.

SimPL Serum is tested to ensure the absence of detection for adventitious agents. Detection of viruses, bacteria, fungi, and mycoplasma is performed on our serum according to the 9CFR requirements for ingredients of animal origin used for the production of biologics (United States Code of Federal Regulations, Title 9, Part 113.53).

What is SimPL Serum?

SimPL Serum is a platelet lysate that is a growth factor rich media supplement that is comparable to fetal bovine serum.  It is used in the growth of many cell lines, including mesenchymal stem cells (MSC) and fibroblasts such as preadipocytes and DFAT cells.

What is platelet lysate?

Platelet lysate is a (typically plasma) blood product produced by the lysis of a concentrated platelet preparation within plasma. Rupturing of platelets and their alpha granules releases growth factors into the plasma which can be optionally converted to serum by clotting. The plasma or serum obtained by this process contains a high concentration of growth factors and can be used to support the growth of many mammalian cells including fastidious cell lines such as mesenchymal stem cells. Cell culture media supplemented with platelet lysate exhibits a similar or superior ability to expand many cell lines in vitro compared to fetal bovine serum, an incumbent serum supplement traditionally added to cell growth media. 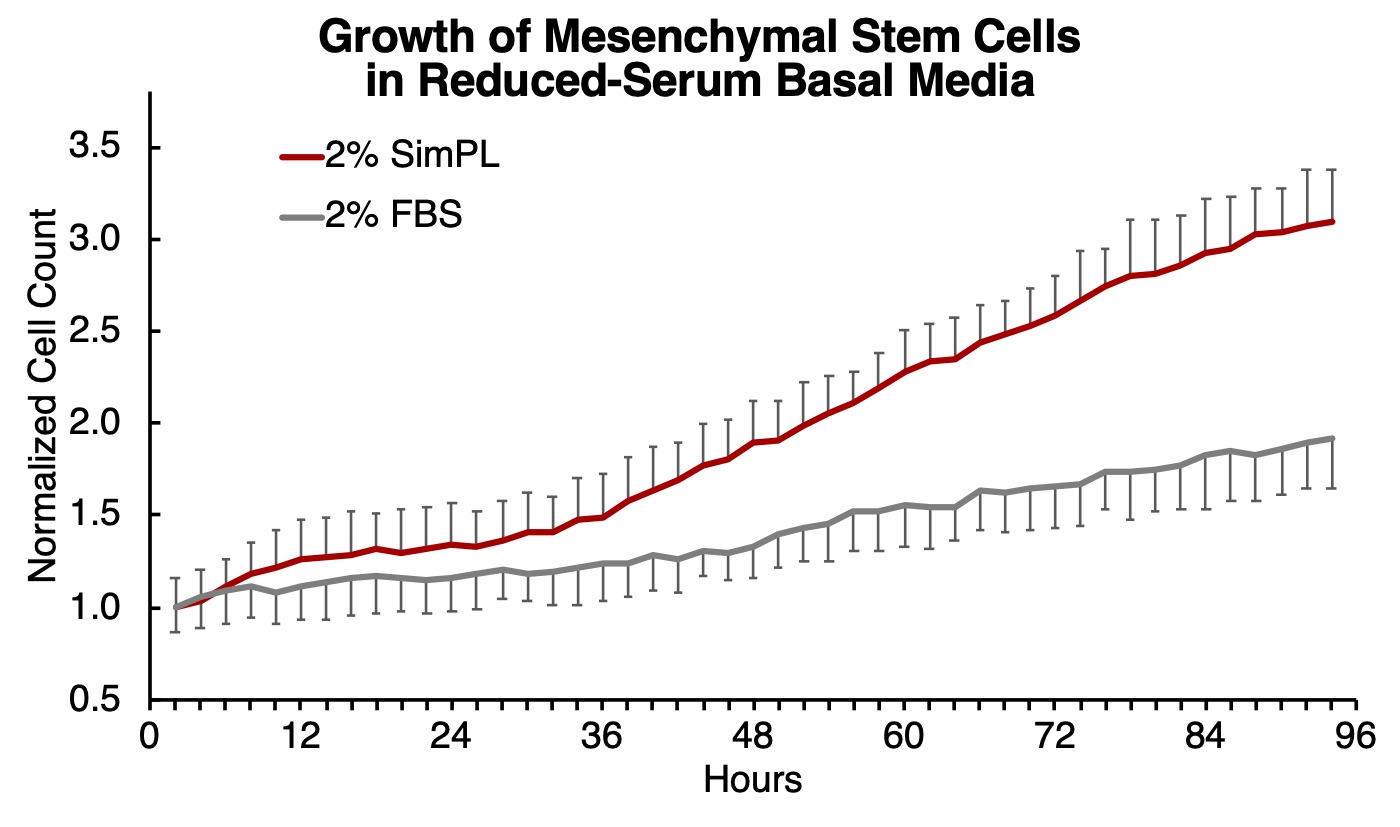